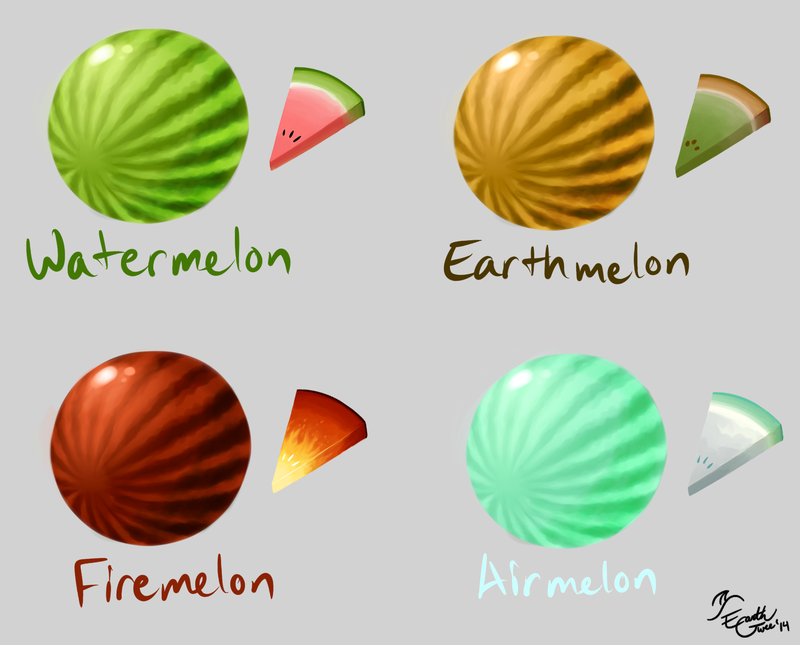 Have you ever seen a cantaloupe melon? You probably have, but what about a watermelon? Why is a watermelon called a WATERmelon, but a cantaloupe called a cantaloupe? Is there a firemelon, earthmelon, and an airmelon? Slightly less importantly, why are (some of) those actual words?

A cantaloupe’s weight is about 90 percent water while a watermelon has about 92 percent water-weight. Is that two percent difference that much? If I have both, a 20-pound watermelon, and a 20-pound cantaloupe, I get 18.4 pounds of water in a watermelon and 18 pounds in a cantaloupe melon. Apparently, the less than half of a pound really is enough of a difference between the name of two different types of gourds. Actually, cantaloupes came from a place called Cantaluppi in Sabina, Italy. Watermelon comes from the Kalahari Desert in Africa. Why aren’t watermelon called Kalahares? Just because the watermelon has a little more water than usual, it gets the word water in its name?

Google can’t provide a definition for firemelon and earthmelon, but its spell check recognizes it as a word. Not airmelon though, because airmelon get the short end of the stick.

I’d like to speak with the manager of whoever named these fruits, because the name of watermelons makes no sense.