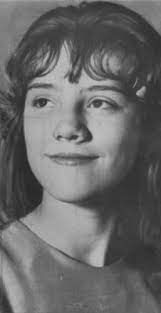 Sylvia Likens was a sixteen year old girl living in Indianapolis. She was one in five siblings, with parents that were constantly on the road and hardly ever home. In July 1965, her father went back to working at the carnival. Sylvia’s mother was in jail for shoplifting, and her brothers were in care of their grandparents. Sylvia and her sister Jenny went to go live with their family friend Gertrude Baniszewski.

Gertrude treated the sisters kindly for the first two weeks of their stay, until her pay came in late. Gertrude soon began to abuse both Sylvia and Jenny in broad daylight. She used a heavy paddle and a thick leather belt from one of her ex husband’s who used to be a cop. When she was too exhausted or too weak to “discipline” the girls herself, her daughter Paula stepped in to take her place. Sylvia soon became the target, and Gertrude demanded that Jenny joins in.

Gertrude had accused Sylvia of stealing from her, and burned the girl’s fingertips. Gertrude took Sylvia to a church function where she force-fed her hot dogs until she was sick. As punishment for throwing up good food, she forced her to eat her own vomit. Gertrude encouraged her children to join in and help with the abuse.

The children practiced karate on Sylvia, they would slam her into walls and onto the floor, they used her skin as an ashtray, threw her down the stairs, and cut open her skin and rubbed salt into her fresh wounds. After this abuse, she would often be taken into a scalding bath to cleanse.

Sylvia was so beaten that she had no control of when she went to the bathroom. When she started to wet the bed, Gertrude said she was “unfit” enough to live with the rest of the children. She was locked in the basement without food or access to a bathroom. Gertrude started spreading lies about Sylvia so that the neighborhood children would join in on the beatings.

Gertrude had her daughter Marie and a neighborhood child named Ricky Hobbs carve words into Sylvia’s abdomen with a heated needle .Other neighbors were said they were aware of how Sylvia was abused, because they had seen Paula striking the girl on two different occasions. They did not go to the police because they said they feared their lives.

Jenny was threatened, bullied, and beaten by Gerturde, her children, and neighbor girls if she were to go to the authorities. Gertrude could tell that Sylvia was going to die, and made her write a note to her mother that she had run away.

Sylvia overheard Gertrude telling her children that she was going to take Sylvia to a forest and leave her there to die. She attempted to make one more escape, but only made it to the front door before she was caught and beaten with a curtain rod until she fell unconscious. After Sylvia came to, Gertrude stomped on Sylvia’s head.

She died on October 26nd, 1965 from a brain hemorrhage, shock, and malnutrition. After three months of this tourture, she could no longer form legible words, and she could barely move. The police came to the house, and Gerturde stuck with her story. When Jenny got close enough to an officer, she took her chance and whispered “Get me out of here and I’ll tell you everything.” The police arrested Gertrude, her children, Richard Hobbs and Coy Hubbard for murder. The neighborhood children Mike Monroe, Randy Lepper, Darlene McGuire, Judy Duke, and Anna Siscoe were also arrested for “injury to person.”
Gertrude pleaded not guilty by reason of insanity. Her defense attorney told the court, “She’s not responsible, because she’s not all here.” On May 19, 1966, Gertrude was convicted of first-degree murder, and she was sentenced to life in jail. She was spared the death penalty, despite her own lawyer saying, “In my opinion, she ought to go to the electric chair.”

Paula was sentenced to life in jail for second-degree murder. Richard Hobbs, Coy Hubbard, and John Baniszewski Jr. were all convicted of manslaughter, and given two 2 to 21 year prison sentences because they were minors. In 1971, Gertrude and her daughter Paula were re-tried. Gertrude was found guilty again. Paula pleaded guilty to a lesser charge of voluntary manslaughter, and was sentenced to two to 21 years.

Gertrude was granted parole on good behavior on December 4th, 1985. Jenny and a crowd of people picketed outside the prison to protest her release, but it was no use, Gertrude had been set free. Five years after her release she died of lung cancer. Jenny then wrote to her mother with a copy of Gertrude’s obituary.